Our first virtual Half-Term visit to the Science Museum was to see and discuss different Engineering exhibitions and fascinating objects from all over the world, invented over many centuries.

We saw ancient devices for telling the time, before there were clocks and watches and mobiles. These included: a Chinese Incense Clock, time-telling incense sticks, and sundials.

There were enormous engines used to drive the Industrial Revolution and steam-powered vehicles like Stephenson’s ‘Rocket’. There were airplanes and spaceships and all the incredible technology used in modern film-making.

We discussed the statement: ‘You’ve got to dream and if you don’t dream, nothing progresses’ 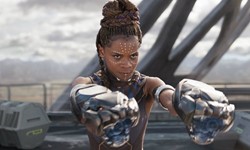 Aratrust is delighted to showcase some of the children’s home learning. Please click here to access the gallery.

What the young people wrote...

He was the second child of Robert and Mabel Stephenson, neither of whom could read or write. Robert was the fireman for Wylam Colliery pumping engine, earning a very low wage, so there was no money for schooling.

At 17, George became an engineman at Water Row Pit in Newburn nearby. George realised the value of education and paid to study at night school to learn reading, writing and arithmetic – he was illiterate until the age of 18.

George gained a reputation for managing the primitive steam engines employed in mines and worked in a number of different coalmines in the northeast of England and in Scotland. In 1814, he constructed his first locomotive, ‘Blucher’, for hauling coal at Killingworth Colliery near Newcastle. In 1815, he invented a safety lamp for use in coalmines, nicknamed the ‘Geordie’.

In 1821, George was appointed engineer for the construction of the Stockton and Darlington railway. It opened in 1825 and was the first public railway. The following year he was made engineer for the Liverpool to Manchester Railway. In October 1829, the railway’s owners staged a competition at Rainhill to find the best kind of locomotive to pull heavy loads over long distances. Thousands came to watch. George Stephenson’s locomotive ‘Rocket’ was the winner, achieving a record speed of 36 miles per hour.

The opening of the Stockton to Darlington railway and the success of ‘Rocket’ stimulated the laying of railway lines and the construction of locomotives all over the country. George became engineer on a number of these projects and was also consulted on the development of railways in Belgium and Spain.

George Stephenson died on 12 August 1848 in Chesterfield in Derbyshire.

Who Are We? – Article 2 – The first human beings who originated in East Africa then populated our whole planet